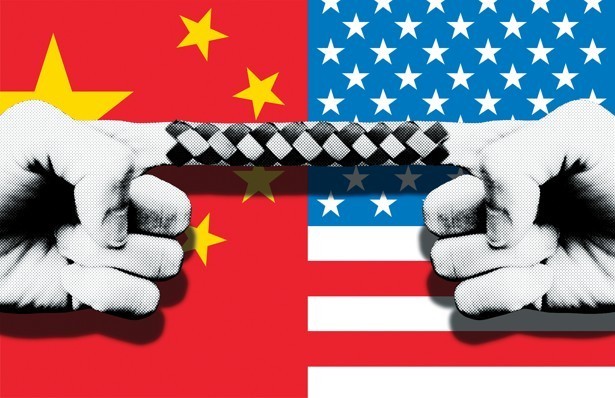 U.S. imports of Chinese goods totaled about $500-600 billion last year or less than 20% of total Chinese exports[i][ii].  After subtracting out U.S. exports to china, the net Chinese trade surplus with the U.S. totaled nearly $276 billion[iii] in 2017 – an all-time high.

Tom Friedman’s March 13th column in the New York Times quoted a 2016 M.I.T. study on the impact of China trade.  That study found “that roughly 40% of the decline in U.S. manufacturing between 2000 and 2007 was due to a surge in imports from china.”  The study also showed “it led to the sudden loss of about one million factory jobs in Ohio, Michigan, Wisconsin, and Pennsylvania.”

Section 301 of the Trade Act of 1974 authorizes the president to take all appropriate action, including retaliation, to remove any act or policy of a foreign government that violates international trade agreements and restricts U.S. commerce.  Last august, the U.S. trade representative, Robert Lighthizer, formally initiated an investigation of china under section 301.

The investigation seeks to determine whether policies and practices of the Chinese government involving technology transfer, intellectual property, and innovation are unreasonable or discriminatory.  While the investigation could last a year, most likely its conclusions and resulting actions will appear shortly.

A recent analysis by PIMCO suggested that tariffs could be raised $30-60 billion—others predict even higher amounts.  Such tariffs would represent 5-10% of total Chinese exports to the U.S.  However, most observers expect the government to focus on products with the largest bilateral imbalance.  According to a recent Goldman Sachs study, five groups top the list—power tools, small electrical appliances, sporting goods, toys, and jewelry.  Another focus might look at the greatest tariff differentials.  For example, China imposes a 25% tariff on new cars imported from the U.S.,  this compares to the  2.5% tariff the U.S. imposes on new car  imports.

On March 2oth U.S. trade representative Lighthizer will testify before congress.  The next day secretary of commerce Ross will also testify on the trade issue.  With investors concerned about further protectionist measures, their testimonies next week may produce commentary that will importantly influence market movement.

Potentially higher tariffs will likely only cover the most effected industries listed above.   Because of such actions, those industries’ stocks would likely see a short-term benefit.  At the same time, overall market reaction will not likely be a positive one.

To repeat from a past commentary, Chinese reaction to U.S. protectionary moves would likely result in higher Chinese tariffs on U.S. agricultural exports to china.  As we also noted, that would particularly affect the president’s red state base.
Andrew J. Melnick, CFA
Chief Investment Strategist

Disclaimer:  Any distribution, copying or disclosure of this article is prohibited. The contents should not be construed as investment advice, unless explicitly stated. Further, this information is not intended as an offer or solicitation for the purchase or sale of any security. Neither data nor other information contained herein (or in the attachments) are warranted as to completeness or accuracy and are subject to change without notice. Any comments or statements made herein do not necessarily reflect the views of Skyview Investment Advisors LLC. It should be noted that internet communications are not secure and subject to possible data corruption, either accidentally or on purpose, and may contain viruses. Finally, to the extent that performance information is contained herein, past performance is not necessarily indicative of future returns.