Can Consumers and the Fed Keep the Economy Growing? 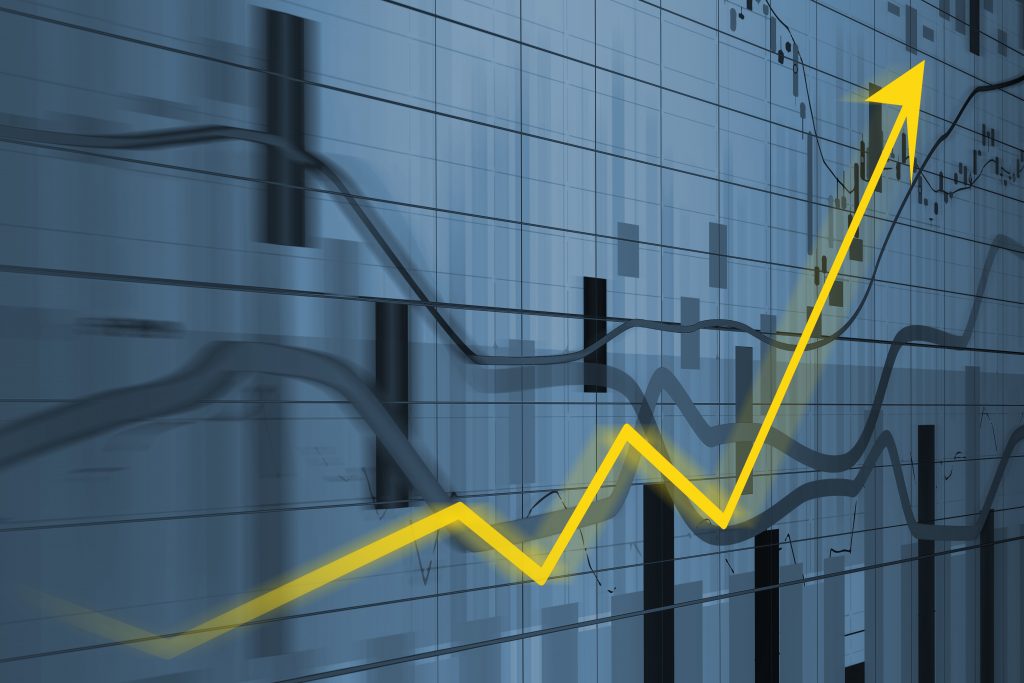 Real gross-domestic-product (GDP) increased at an annualized rate of 1.9% for the third-quarter —modestly above expectations. This result compares to 2.0% growth in the second quarter (see Figure 1). Once again, personal consumption expenditure increases of 2.9% in the quarter drove GDP growth. While a strong showing, it came in below the second quarter’s 4.6% growth. Business fixed-investment showed weakness in the quarter declining 3%, being pulled down by a more than a 15% decline in fixed-structures spending. With the recent decline in mortgage rates, residential investment rose slightly over 5% in the quarter. This positive result represents the first increase in housing since the fourth-quarter of 2017.

As we do with each quarterly GDP release, we look to the change in final sales to private domestic purchasers. This measure shows sales, in effect, going over the counter. In this quarter, its 2.0%, increase nearly matched the headline GDP growth number as inventory swings matched that of the last quarter.
Economic growth continues to ebb to levels below the economy’s long-term potential growth of around 2%. With that, most economists expect fourth-quarter GDP growth to decline below the 1.9% growth rate for the third-quarter GDP – but, importantly, continue to grow.

Question For 2020 — Will Fed Easing Reverse the Slowing GDP Growth?

For 2020, in our view, the trade issues will remain on the back burner (outlined why in our next commentary). The question then becomes: will Fed easing, which began this year, stem the current weakness in the U.S. economy? Normally, a lag occurs between Fed policy change and its influence on the economy. If monetary policy still can provide stimulus to the economy, a big if, then that benefit should begin showing up early in 2020. If this proves to be the case, then the current period of economic weakness will likely prove to be a short-lived one. If not, then the nearly 35% of economists surveyed by Bloomberg, calling for a recession in the next twelve months (NTM) may prove to be correct (see Figure 2). 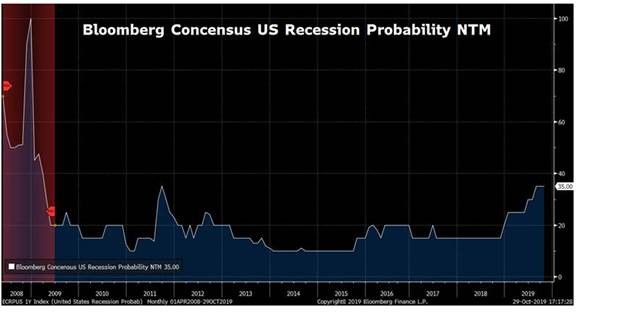 Diminished Industrial Sector May Moderate Cyclicality of the Economy

The diminishment of the industrial sector of the economy from 20% of GDP thirty years earlier to about 11% today may contribute to reducing — not eliminating — the cyclicality of the economy (see Figure 3). Adding to that likely moderation, more sophisticated inventory controls today should further reduce industrial swings in the economy. This change may provide one reason that little excesses so far show up in the economy. Those excesses, if they occur, can eventually lead to an economic decline. 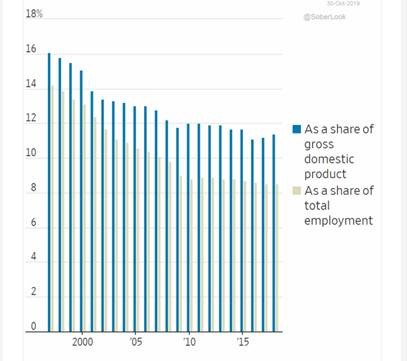 U.S Consumers Drive Domestic and Global Economies —
Will That Continue

The average consumer likely looks to headline signals such as the unemployment rate to determine their sense of the economy. So far, that signal remains green. A leading indicator for a job market reversal will come from a significant increase in filings for unemployment claims. So far those filings offer little reason for concern.

Upcoming Holiday Spending Should Reflect Positive Consumer Confidence
The low rate of both unemployment and gas inflation combined with improving wages should result in strong consumer spending for the upcoming holiday season. The recent Conference Board survey shows positive consumer confidence with the current economy but less confidence about the future (see Figure 5). Beyond the end-of-the-year, if consumer confidence remains at high levels, low mortgage rates should drive the spring housing markets. 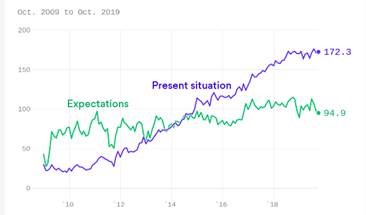 For the third time this year, the Federal Open Market Committee (FOMC) lowered the Fed Funds rate by 25 basis points to a range of 1.50-1.75% this week. If the FOMC ultimately looks to lower the funds rate a fourth time, it will likely occur no later than early next year. This timing would avoid entanglement in presidential election politics.
Investment Conclusions

Our continued view looks more to difficulties from financial markets rather than problems in the “real” economy causing a potential economic downturn. In our view, there seem little excesses, other than in global fixed income markets, to cause a near term economic decline. In the meantime, we look to the U.S. to back burner confrontational trade negotiations until after the election. At the same time, a growing likelihood for a Brexit solution may also reduce the trade “war” clouds over business investment and financial markets. Investors seem to be buying in to this potential change by showing greater complacency. One evidence of this complacency shows up in the low level of the CBOE Volatility Index (VIX). With the continued high level of economic uncertainty and investor complacency, we continue to recommend a balanced mix of equity, fixed income, and alternatives.