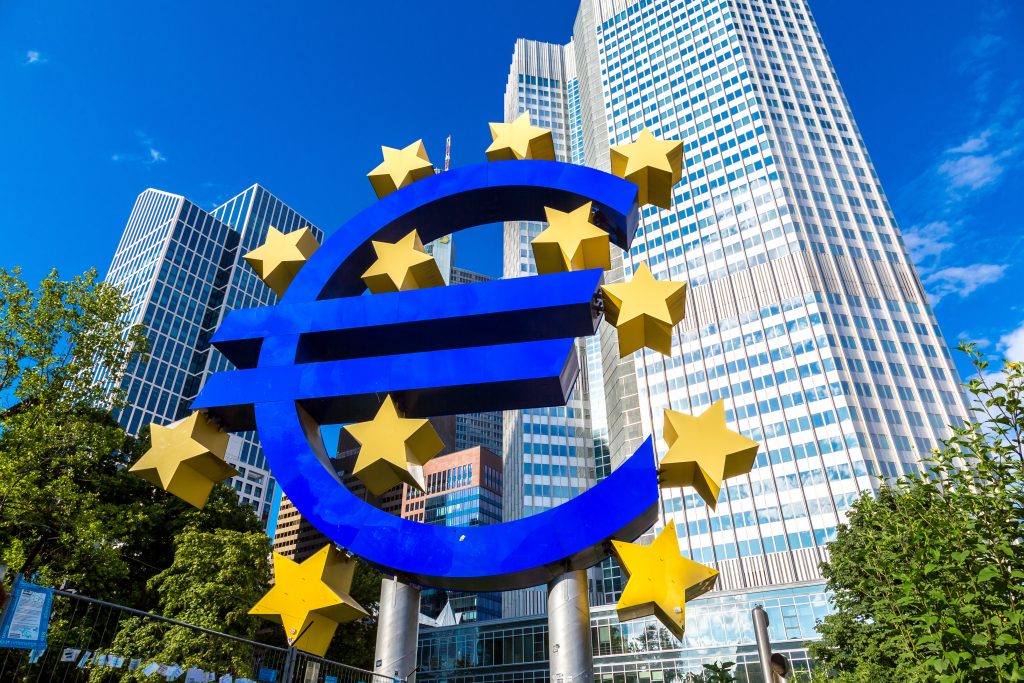 Last Thursday (9/12/19), the European Central Bank (ECB) cut its deposit rate to minus 0.5 percent, instituted a tiered interest-rate system to exclude some bank deposits, and, key, resumed its quantitative easing (QE) to the tune of $22 billion of monthly bond purchases – with no foreseeable end. Similar use of these monetary tools by the ECB in the past showed limited success — that outcome will likely be repeated.

European Monetary Tools Will Continue to Support the Bond Bubble

Most central bankers, in their own way, suggest the need for fiscal policy spending to supplement worn out monetary policies. While the ECB centrally manages monetary policy for the Eurozone, fiscal policy responsibility lies independently with each of the 19 member nations. Some economic observers see the Eurozone’s inability to respond with a unified fiscal policy to economic pressures as its fundamental flaw.

German Government Needs to Open Up Its Purse and Spend

With the lack of a unified Eurozone fiscal policy, many look to Germany, with the fourth largest economy in the world, to provide that fiscal stimulus. The hyperinflation of the Weimar Republic, nearly a hundred years ago, seems still to effect German macro-economic thinking. Perhaps, because of that history, the Germans show little willingness to open up the government spending purse. Figure 1 shows the result of their tight fiscal policy. Among the G7 countries, only Germany shows less gross debt levels today than in 2007. The German public debt position offers a high ceiling for future borrowing to support fiscal spending.

Germany Close to a Recession—More Reason For Increased Fiscal Spending

In our view, macro-economic results will ultimately force a change in German fiscal stinginess. Recent reports suggest Germany may already be in a recession (see Figure 2). In part, that may reflect the negative side effects from the Sino/American trade war (see Figure 3).

Germany GDP, Change for Prior Quarter

So far, the German political world still seems reluctant to free up increased central government spending. While some see an immediate need, others suggest waiting for even more difficult economic times. The key point, unless fiscal policy comes to the aid of the ECB, it seems unlikely that economic growth will rebound in the Eurozone. Germany remains key to those fiscal actions. Most important, German fiscal actions should focus on stimulating capital and infrastructure investments.

Despite their current reluctance, we would expect economic events to force Germany to step up their government spending. If that proves the case, then investors, with a longer-term horizon would benefit from selective investments in the Eurozone and the European Community as a whole.