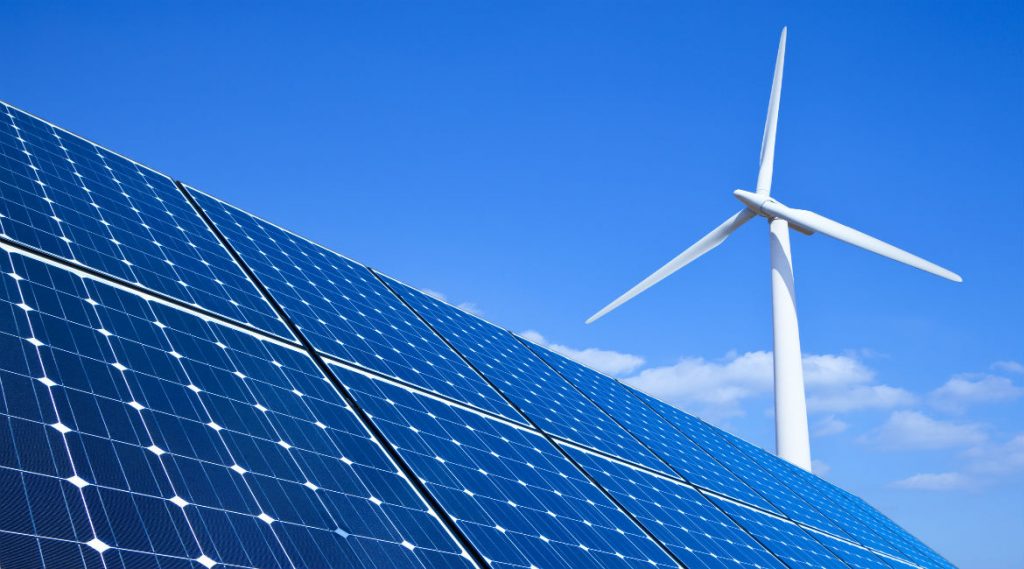 After quickly reinstating stricter environmental regulations, the Biden administration will likely propose to bring renewable electric generation up to an estimated 80% of power generation by 2035. That would compare to 17% today. Many observers predict that realistically such goals will more likely be reached at a later date — 2050. At the same time, the economics of alternative energy generation, as much as new legislation and regulations, will accelerate this shift. Figure 1 shows a sharp decline in total renewable energy costs compared to traditional sources. Currently, states control the mandate for alternative energy development. Speeding uniform change on a national basis will require Congress to enact Federal clean electric standards. With divergent state interests, Congress, so far, failed to approve such Federal standards.

Midwestern, western, and some southeastern states — in total 20 states — will benefit from renewable energy development. According to the Solar Industries Association, a utility solar plant will likely require 5-10 acres per megawatt of generating capacity. Land use in these states for renewable power will require, based on a Princeton University Study, a combined land area at least equal to Wyoming and Colorado (202,000 sq. Miles). In the western states, using public lands to produce renewable energy could result in conflicts with environmental groups looking to limit public land development. Land use issues will likely lengthen the timeline to develop renewable energies more than current forecasts might suggest.

A new generation of wind turbines

Upgrading and expanding high-voltage electric transmission infrastructures will prove key to meeting the administration’s renewable energy goals. According to a Wood Mackenzie renewable energy analysis, investment in new and upgraded transmission lines will cover over 10,000 miles of infrastructure. To do so over the next 15 years or longer will require, according to Wood Mackenzie, $70 billion of capital investment or about 10% of their total estimated investment in renewable energies. Some portion of these costs will be spent locally on routine construction materials such as steel and concrete as well as labor.

Mid-west and western states will transmit larger quantities of high voltage power over longer distances than in the past. As distances lengthen in the future, potential losses — currently averaging about 5% — would increase without a further step up in voltages. Current transmission planning occurs state-by-state and regionally. Complex inter-regional planning co-ordination requires the adoption of uniform Federal standards. Again, expanding electric transmission infrastructure could lead to conflicts with environmentalists and farmers that could slow their construction.

Distributed solar will likely be a growing source of electric power and a potential threat to utilities. That threat could come if growing numbers of large commercial buildings, such as distribution warehouses, use their own solar source with generation or battery storage backup to supply their electric load. How fast distributed solar grows also could depend on whether Congress renews the 22% solar tax investment credit for five years. Legacy utilities, long a bastion for conservative investors, will face disruptive threats from distributed solar as well as renewable electric power shipped in from distant locations. These forces will likely see utilities adjusting operations to sustain their long-term economic viability.

As part of its “green” regulatory focus, the Biden administration would implement stricter auto emission regulations. California’s ban on gas and diesel fuel vehicle sales by 2035 would likely fit that goal. To meet that goal, traditional OEMs will need to rapidly increase battery electric vehicle (BEV) sales from current levels of about 2 million vehicles (see Figure 4). Of that modest sales Figure, California currently generates most of these sales, totaling more than the next top ten states combined.

Speeding upmarket growth will require auto manufacturers to profitably produce BEVs that can sell under $30,000. To achieve both goals, reducingbattery costs, whichaccount for one-quarter to one-third of BEV costs, will prove key. Tesla recently set its goal to reduce battery costs by half per kWh within three years. At the same time, the development of a solid-state battery seems promising for use sometime in the second half of this decade. If proven successful, it would reduce battery weight, bulk, and costs. Until meaningful reduction of battery costs, most traditional auto manufacturers’ product offerings will likely tilt to producing higher-priced vehicles to protect their profit margins. Of course, either Federal or state governments, or both, could resume or increase subsidies to speed up BEV sales.

The powertrain represents over half of a battery electric vehicle’s costs compared to 20-25% for vehicles powered by internal combustion engines. Therefore, cost savings from in-house component manufacturing will help OEMs reach the magic $30,000 selling price. The simplicity of electric compared to internal combustion engine powertrains enables this shift (see Figure 5). This potential shift will threaten some suppliers to the OEMs. Evolving electric powertrain technologies will require substantially higher OEM research and development expenditures to remain competitive. The high costs of staying ahead of technology change will ultimately force further OEM consolidation. Evolving technology change will also increase residual risks on BEVs for lessors. At the same time, rapidly changing technologies will encourage more consumers to lease rather than buy electric vehicles.

Building sufficient public electric charging infrastructure represents the other key to accelerating electric vehicle growth. From personal experience, so-called range anxiety plays little into the day-to-day use of plug-in vehicles. Nonetheless, broad, standardized, and convenient high voltage DC fast charging infrastructure will moderate these concerns. According toThe Wall Street Journal,Wood Mackenzie energy consultants expect that $13 billion will be invested in charging infrastructure over the next five years. That investment would result in 3.2 million new charging outlets compared to fewer than 80,000 public outlets today. California leads the current numbers by accounting for about one-third of those outlets. In our view, the success of a broad, convenient national charging station network will be marked when auto rental companies shift their rental fleet to nearly all battery-powered electric vehicles.

According to a recent Hoover Institution study, if most passenger vehicles are electrified now, electric power demand per capita would increase by twenty-five percent. This increase represents the cumulative growth in electric generation per capita since 1979. Realistically, vehicle electrification will happen over decades, but this projection provides a sense of the long-term power demand potential for utilities. In addition, electric utilities also look to own public charging infrastructure. Each state utility regulator will determine whether utilities can directly own a network of plug-in stations. California utilities lead with their $1.5 billion investment in charging station networks. Their investment compares to roughly $1.1 billion for the rest-of-the country.

The shift to alternative energy generation will happen, but over an extended time period. At the same time, battery-powered vehicle development should occur more rapidly — likely by the end of this decade. The current low interest rate environment masks the lengthy time horizon risks inherent in alternative energy and, to some degree, battery vehicle investments. This produces a less disciplined investment approach to both sectors.

In our view, a more disciplined investment approach seems needed. This requires in-depth sector and company research to better filter out winners and losers among companies. With their long investment horizons, it also seems critical to test potential payoff in a less favorable interest rate environment. Using fund managers focused on global renewable energy investment opportunities, in our view, makes the most sense to best deal with the complexities these investments pose.