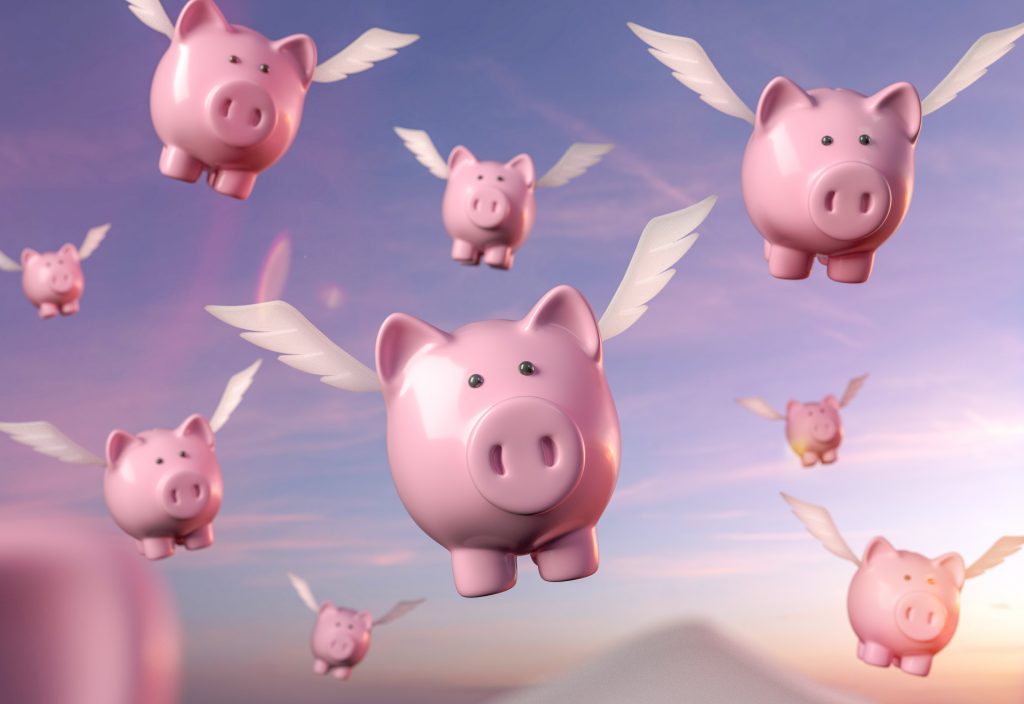 The U.S. and China made recent goodwill gestures in efforts to improve the tone of trade negotiations. First, President Trump delayed the increase of tariffs from 25 to 30 percent on $250 billion of Chinese goods to October 15th. The change avoided placing tariff increases on China’s National Day. That day marks the 70th anniversary for the founding of the People’s Republic of China. As important, the delay pushed the tariff increase to after resumption of trade talks in early October.

China’s Goodwill Driven, In Part, by Pigs—or Lack of Them

In response, China exempted some American soybeans, pork, and other agricultural products from new tariffs. China announced this as an act of goodwill. However, in reality, purchasing pork products represents an act of necessity for the Chinese government. Pork comprises a staple in Chinese diets. An epidemic of swine fever caused Chinese farmers to cull more than a million pigs. As a result, consumer prices for pork shot up nearly 47% (see Figure 1).

Historically, despite its authoritarian control, the Chinese government remains very sensitive to issues that can cause political unrest. Despite core consumer-price-index (CPI) increasing a modest 1.5 percent last month, the sharp pork price increase in this core food item could lead to political unrest unless quickly dealt with. With that, President Trump’s goodwill gesture, gave the government the opportunity to both respond to the President’s gesture and remove a possible irritant to China’s political stability.

With these two goodwill moves, reports speculate that the two sides may wind up with an interim trade agreement. Both sides face a need to settle. In our continued view, the upcoming U.S. presidential elections would ultimately lead the President to find a basis for some form of settlement. Reelection remains a key driver for the President – all other issues represent just commentary.

In the case of China, the economy shows some weakness. The latest report on Chinese industrial production showed a decline considerably below forecast and at a level not seen since 2002 (see Figure 2). Exports overall also showed a modest 1 percent decline but exports to the U.S declined 16% (see Figure 3). In the past, the U.S. represented approximately 18% of China’s exports.

China May Not Wait for U.S. Elections for a Partial Agreement

Perhaps, the Chinese leaders also came to the conclusion waiting for the presidential election will not necessarily bring a major change from a new President on trade. Just recently, George Soros, a major financial backer of progressive causes, wrote an opinion article in The Wall Street Journal generally supporting the administration’s approach to China. The many Democratic presidential candidates show general support for the administration’s efforts on both trade and non-trade issues — admittedly with some differences on approach.

What Form of Agreement

Thus, with pressures on both sides to settle, the odds grow for a narrow agreement. It seems unlikely the agreement will deal in depth with the substantial non-trade issues such as intellectual property theft and forced technology transfers. It also seems unlikely that China would ever agree to modify state intervention in their economy. As a note of caution, a week ago, the Communist Party’s People’s Daily said Beijing needed to stand up to the U.S. and not give into pressure.

The improving tone for trade talks benefited equity markets and strengthened longer rates. For the economy, a positive outcome from the early October trade talks should also improve the tone of corporate expectations for capital investments and reduce the probability of an economic decline. Of course, market volatility remains subject to a barrage of tweets from the President—positive or negative (see Figure 4).