In the past, we wrote that both the U.S. and China needed to come to some limited trade agreement for their own reasons. In the case of the U.S., the President needed the economy to continue growing to help his reelection. For China, incentives came from slowing economic growth (see Figure 1), the African swine fever epidemic’s impact on food inflation (see Figure 2), and a need to bring in foreign financial resources. In particular, rapidly rising food inflation likely concerned Chinese leadership with its possibility of generating broad popular unrest. The potential for a preliminary narrow trade “agreement” by year-end, therefore, meets the needs of both countries. 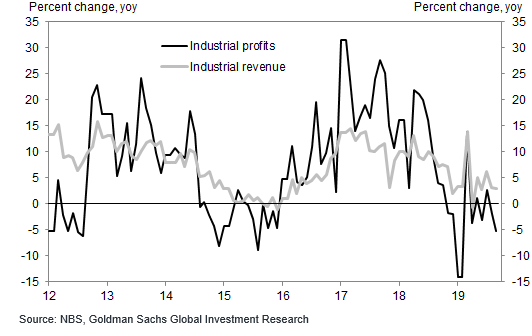 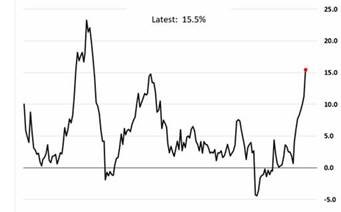 Potential Trade Settlement Moves Trade Issues to the Back Burner—Will-Business Step Up Their Spending?

With a potential partial trade settlement, trade issues will likely move to the back burner next year—a positive for investors and business — and remain there, at least, until after the presidential election. At the same time, the President will likely focus on keeping the economy growing before the election and not stir up the trade pot with a flood of trade tweets (predicted with great trepidation). Moderating the trade war will likely provide economists with evidence as to whether the trade war influenced business-spending plans — or not. In light of continued consumer optimism (see Figure 3), a partial trade agreement may encourage stepped up business spending by the second half of 2020. This may prove a key economic forecast issue for the upcoming year. 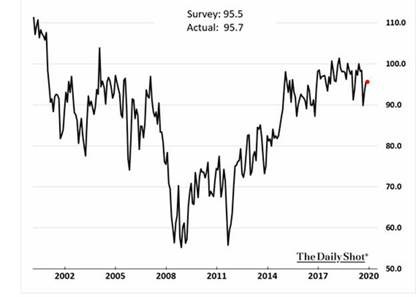 In our view, any further trade agreement will not come easily, if at all — no matter who sits in the oval office. Remaining issues for this country with China include intellectual property protection, technology transfer, and the growing position of the state-owned enterprises (SOEs) in the Chinese economy (see Figure 4). In our view, China will not easily agree to make major concessions on these issues. 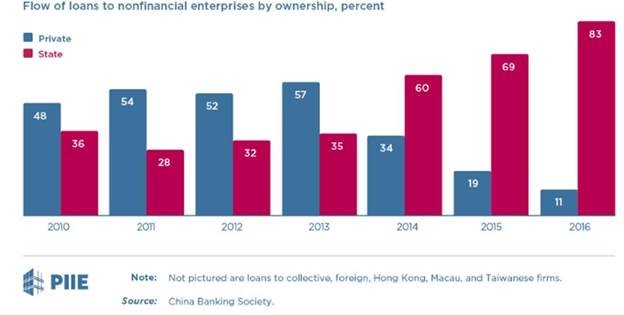 Cold War I — a Military Confrontation

Further reducing the probability for follow-on “trade agreements,” the next decade will see an even greater Sino-American rivalry if the current Chinese leadership remains in place. The growing geopolitical rivalry will prove to be both economic and military. That compares to the first Cold War contest between the United States and both the Soviet Union and Communist China. The first Cold War consisted almost exclusively of military containment as both communist powers exhibited little economic strength.

In the current Sino-American geopolitical “Cold War II,” the contest will more likely focus on economic power and particularly cyber power rather than military confrontation. Nonetheless, as George Friedman, a noted observer of geopolitics wrote: “geopolitics is about more than war, but in a sense, it is always about war.”

From an Iron Curtain to a Cyber Curtain

In the first Cold War, to quote Winston Churchill: “from Stettin in the Baltic to Trieste in the Adriatic an iron curtain has descended across the continent.” Today China has erected a cyber curtain to keep Western internet companies from accessing China’s markets and, importantly, the minds of its people. The bifurcation of the cyber world will importantly mark our rivalry with China. China will also aggressively seek to convert other countries to both its manner of cyber control as well as its surveillance state.

While China keeps our internet companies out of China, Congress may look to break them up. Hopefully, Washington will begin to comprehend the long-term economic and security challenges China poses. In doing so, it should consider which, if any of these potential breakups, might weaken our national security efforts.

At present, there seems little excesses in the economy to cause a near term decline. The diminished role of the industrial sector may reduce the cyclical impact of excesses from their inventory swings. Postponing trade issues, until at least after the election, provides business a more positive environment to rethink their investment planning. Besides a positive for the U.S. economy, a partial trade agreement may also lessen the downward pressures on both global trade and investments. If correct, then investors should consider increasing their exposure to non-U.S. equities.