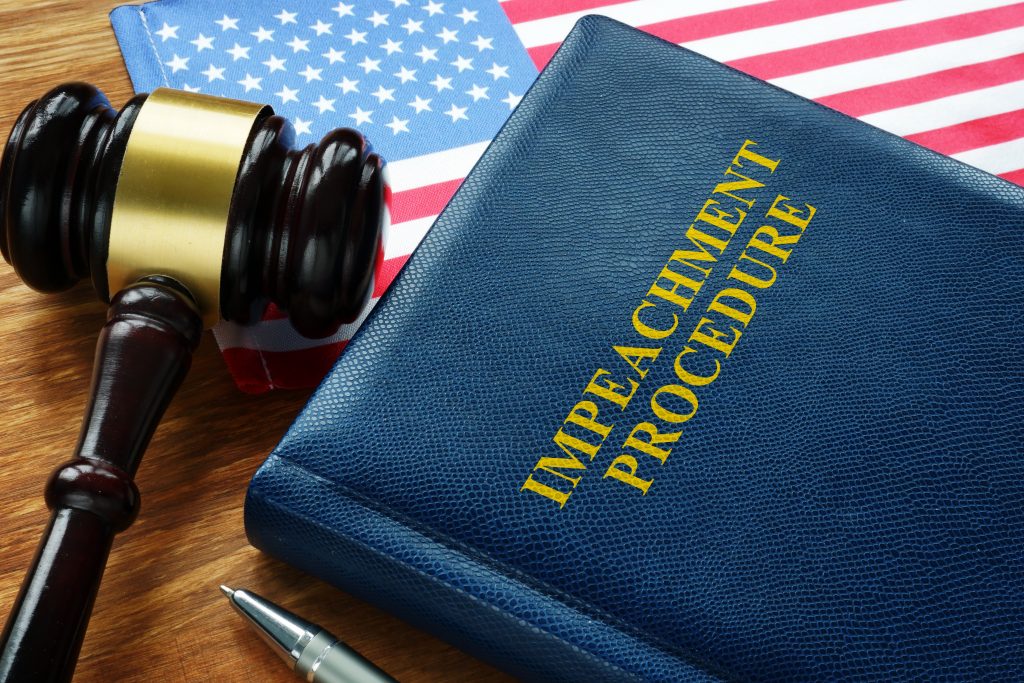 For investors, impeachment efforts could prove more problematic than the impeachment of President Clinton. This commentary very briefly outlines the reasons for the difference and the implications for tax policies that will affect investors.

The impeachment process represents the only legal way to remove a president. Article II Section 4 of the Constitution gives the basis for such removal: “the President, Vice President and all civil officers of the United States, shall be removed from office on impeachment for and conviction of, treason, bribery, or other high crimes and misdemeanors.” In its history, the United States never experienced an involuntary removal of a president.

Trump Impeachment and Conviction – The Chances

While a Democratic House could vote for impeachment, a two-thirds vote for conviction in the Senate does not seem likely. As a result, the President will likely remain in office and face reelection.

The Clinton Impeachment — the Political Difference

Similarity with President Ford Running after the Nixon Resignation

The circumstances for Trump would seem somewhat similar to those faced by President Gerald Ford after the resignation of President Nixon. In that presidential election, President Ford, the unelected incumbent, lost to the democratic candidate Jimmy Carter. In our view, Republicans may face a similar and challenging election campaign.

With the apparent swing of the Democratic Party to the left, it could easily run a left wing populist for president in 2020. If successful, ironically, a left wing populist president would replace a populist of the right. This result would likely produce significant changes for both economic policies and therefore, financial markets. How severe would depend on whether the democrats controlled both the House and Senate as occurred during President Obama’s first two years in office.

Let us speculate on possible changes a left wing populist President and Congress could bring. In our view, such a swing might bring in major new spending programs — education and healthcare – resulting in even higher than the over one trillion dollar deficits currently projected. To offset such increased spending, higher personal and corporate tax rates would likely result thus reversing Trump’s overall tax reductions.

The increased deficits from new spending might also require entirely new sources of tax revenues. For example, a form of a value added tax could be one new program. With left wing populists focused on income and wealth inequalities, a second new source of government funding might even include a tax on wealth. At the same time, some influential liberal tech billionaires would likely fight such a proposal – in our view – successfully.

A tax on wealth would likely force many wealthy investors to rethink their investment approach. For example, wealthy investors who principally focus on preserving capital might also think about how to “keep capital.” In countries where security of capital proves to be at risk, many turn to purchasing physical gold and diamonds to “keep” their capital. In the new age, digital currency may prove to be another means to secure capital for “good keeping.”

We recognize the low probability of enacting a wealth tax in this country. Despite that, we gingerly touched on this subject simply to alert investors to the possibility of more drastic change if the left wing populist forces gain more political power after the 2020 presidential election.