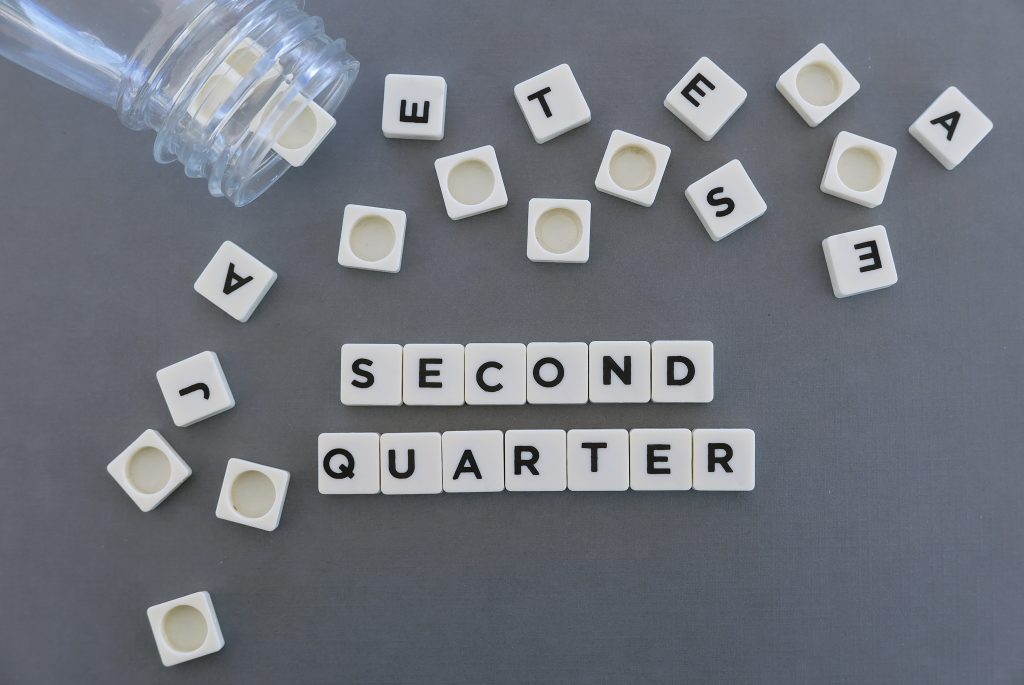 The U.S. economy, measured by gross-domestic-product GDP, showed real growth of 2.1% in the second quarter compared to 3.1% in the preceding quarter (see Figure 1). In comparison, both the Atlanta and New York Feds’ projected roughly 1.5% GDP growth for the quarter. Inventory swings in both quarters importantly affected the headline numbers. In the first quarter, inventory buildup contributed meaningfully to growth but not in the second quarter.

In our view, final sales to private domestic purchasers gives a better view of quarterly economic activity. Simply put it gives a rough measure of the dollar volume of products and services crossing the sales counter or clicked on the internet. In the second quarter, real final sales to private domestic purchasers increased 3.5% compared to the 2.1% headline result for real GDP growth. Pulling down the headline number included a nearly 1% decline in inventories and a somewhat lesser decline in net exports. Very simply, end demand came, in part, from already existing inventories rather than new production. The decline in exports as well as slowing business activity, overall, likely reflected the shipment halt of the grounded Boeing 737Max.

In the quarter, consumer spending, which represents over two-thirds of the economy, increased 4.3% compared to 1.1% in the first quarter. The strength of consumer spending reflected a combination of a favorable labor market, increasing real wages, and strong consumer balance sheets.

This mixed bag of economic results gives ammunition to both sides in the fed funds rate cut debate. For those favoring keeping the rate unchanged, strong consumer spending and the resulting economic end demand argues for postponing a fed funds rate cut. However, those looking to reduce the rate would cite the slowing business activity. They see that trend as ultimately weakening the labor market and thus consumer spending. They would also point to the weakness in global growth and trade volumes (see Figure 2).  The unsettling economic environment—both in the U.S. and globally—likely results from the trade dispute. The FOMC can do little to resolve that dispute. That resolution falls into the laps of the Presidents of the U.S. and China. 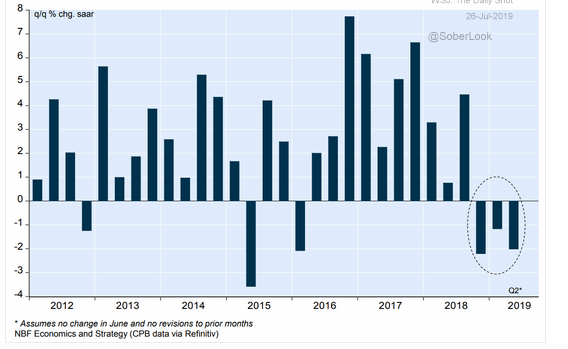 The second quarter GDP results reflect underlying strength in the economy. The second half-economic outlook will depend on the opposing pull of two forces and importantly the resolution of the trade dispute. On one side, will consumers continue to open their wallets?  If so, will business then pick up its game and increase their investment spending to meet that demand? On the other side, will the business slowdown from the trade dispute ultimately lead to a weaker employment market and slower consumer spending? Many questions that provide a field day for economists to earn their living.  In the meantime, we remain cautiously optimistic. That would lead to our continuing recommendation for a balanced mix of quality stocks, alternatives, and shorter duration fixed income securities.