Trade War – Neither China nor the U.S. Benefit 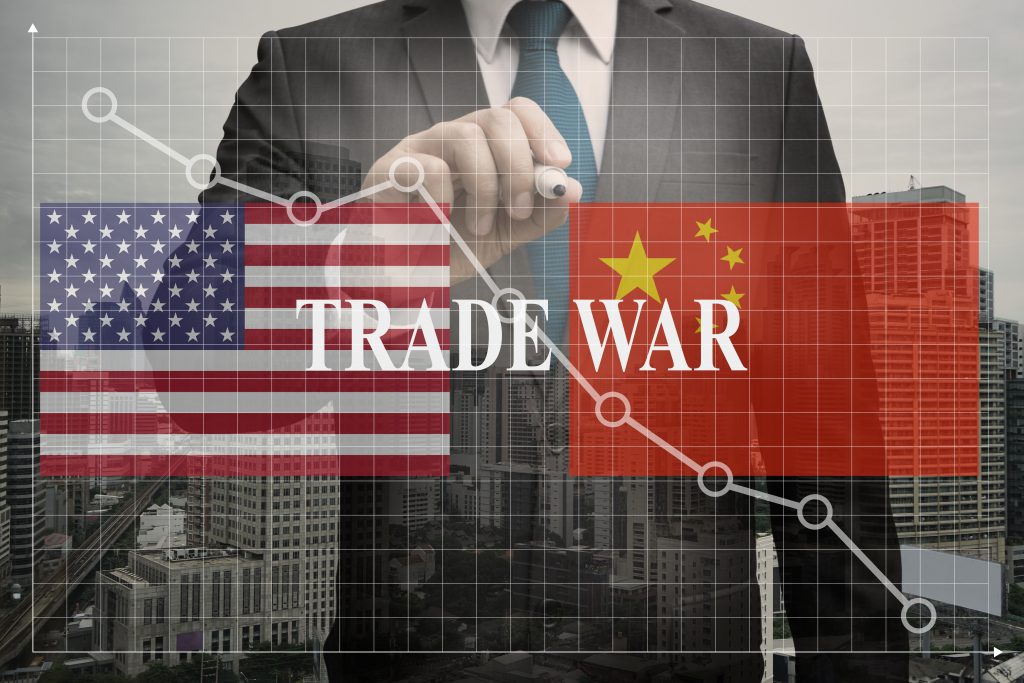 The recent mix of economic results suggest that neither China nor the U.S. economies will likely emerge unscarred from the trade war. The New York Fed’s Empire State Manufacturing Survey fell in June at its largest monthly decline on record (see Figure 1). Overall, the composition of various components also showed weakness. 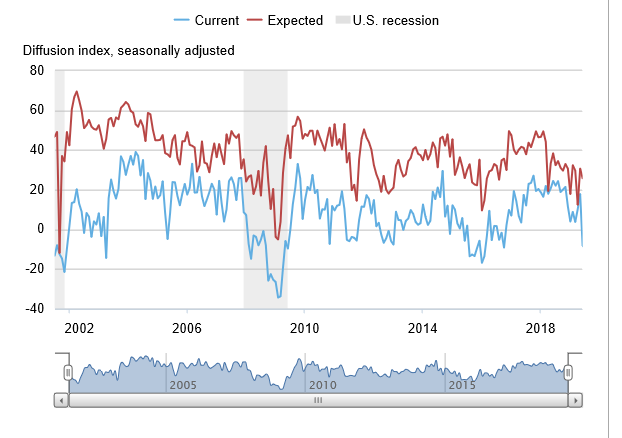 At the same time, Figure 1 also shows forward-looking indicators exhibited less of a decline. However, the negative effect of trade war headlines likely shows up in the pull back of six-month expectations for both capital expenditures and technology spending (see Figure 2).

The recent monthly retail sales report showed shoppers stepped up their spending in May (see Figure 3). The Commerce Department also revised upward their April sales figures from the previous reported decline. Overall, consumers show less impact from trade war headlines. This likely reflects both the strength of the labor market and the consumers’ strong financial condition. 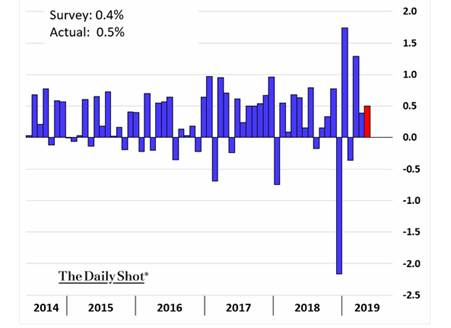 With the positive report on retail sales, many economists raised their forecast for second quarter real gross domestic product (GDP) growth. The Atlanta Fed’s GDP NOW estimate jumped from 1.4% the prior week to 2.1% (see Figure 4). In light of the strong retail sales report, its forecast for second quarter real personal consumption expenditures growth jumped from 3.2% to 3.9%. 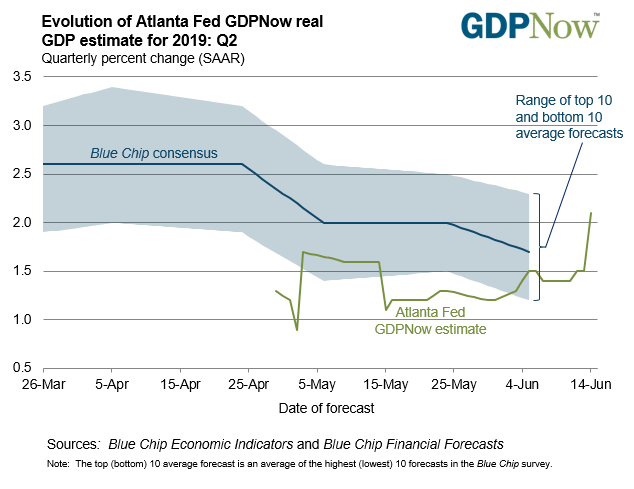 The Economy of China – Some Slowing Signs

At the same time that the U.S. economy reported some mixed economic numbers, China showed some slowing. May industrial production growth showed one of the slowest results in this decade (see Figure 5). Recent capital investment reports for China also show a similar trend. 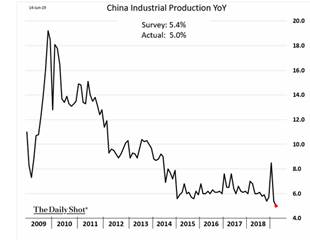 The Fed – Much Pressure to Lower Rates

With this mixed bag of U.S. economic reports, the financial markets give a heavy weight for lowering the Fed Funds rate at least once this year. In the past, the Federal Open Markets Committee (FOMC) cut the Fed Funds Rate about 5% each time when needed to fight economic slowdowns. With the current funds rate at 2.5%, the FOMC does not operate with that degree of leeway.

With that handicap, many suggest the FOMC pre-empt a potential economic slowdown by lowering the funds rate at least once this year. In their view, if the FOMC waits until the economic decline begins, their rate cut tool bag may lack sufficient power. Therefore, many investors favor instituting rate cuts in July. At the same time, Goldman Sachs’ economists see little economic reason for a rate cut this year while Wells Fargo economists call for two cuts. Before their July meeting, the data dependent FOMC will receive important economic reports to help in what many see as a critical decision.

With both fundamental economic and financial market uncertainties, we continue our bias towards a balanced portfolio of equities, alternatives, and fixed income. In the case of equities, we favor quality companies. In our view, such companies exhibit high rates of return on equity, low financial leverage, and steady earnings growth. Most importantly, their stocks can be bought at fair prices. For fixed income, we continue to recommend shorter duration debt securities.